A Big Rock and a Little Baby

Morro Bay is a pretty little town. My friends live very close to the beach, and the last two evenings I have ridden my bike down to the waterfront, to a small stretch of really great bike path that runs by Morro Rock. 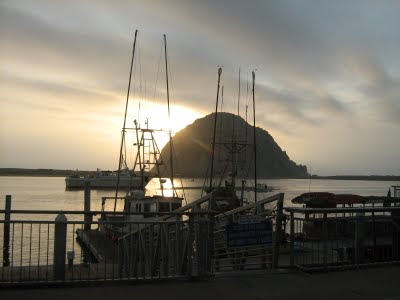 Morro Rock is a hard landmark to miss, but it's not the only one. Morro Bay also has a natural gas power plant with three huge towers. My first glimpse of them as I drove into town Thursday night was decidedly eerie: red-lit cylinders hovering over the town in the fog. By day they are much less sci-fi-ominous. 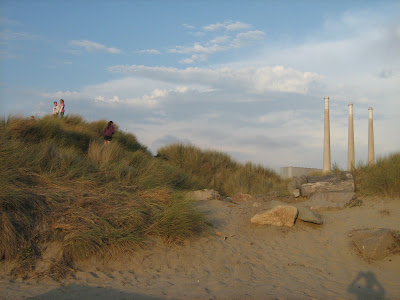 Oh look, there's a shadow of some tourist taking photos in the corner. Oops. And I'm too lazy to crop her out. 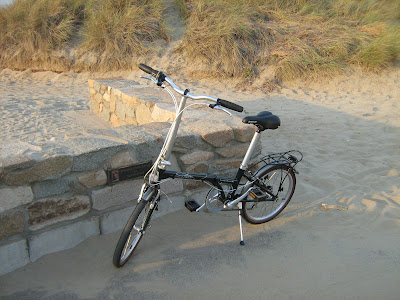 It's kinda funny-looking (as one friend commented, "It looks like it would be the awkward kid at bike high school"), but it rides really nice, and it folds up and fits in the trunk of my Volvo. I heart it a whole lot. 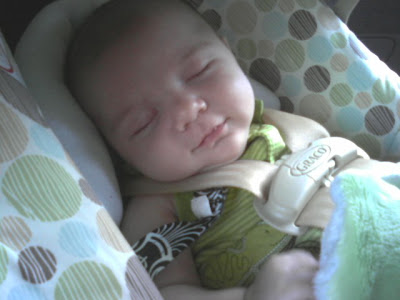 Two months ago, my friends John and Sarita, shipmates from my days aboard the Hawaiian Chieftain, went and had themselves a really cute kid. So we have, as predicted, talked about tall ships and the baby quite a bit. But we have talked about plenty of other things too. It's been a pretty low-key weekend, with lots of catching up and a few outings to interesting places hereabouts.

Tomorrow morning I embark on the next leg of my journey, and I'm telling you about it in advance because it involves being offline for quite a while.  I'll be volunteering at Tassajara Zen Monastery, in the mountains south of San Francisco, for two weeks.  The webpage for the work period I'll be participating in says, "Personal computers are not allowed."  I'll still have my netbook with me (shh, don't tell) but electrical outlets are few and far between out there, and internet access is out of the question, so I probably won't even switch it on. I'll be journaling, though, and when I'm back in internet-land, I'll tell you what it was like.

Email ThisBlogThis!Share to TwitterShare to FacebookShare to Pinterest
Labels: photos