All Creatures Great and Pig

ALL the animals at the Little Farm are surprisingly sweet and gentle, from the Jersey cow (who currently gives us about 5 gallons of milk per day): 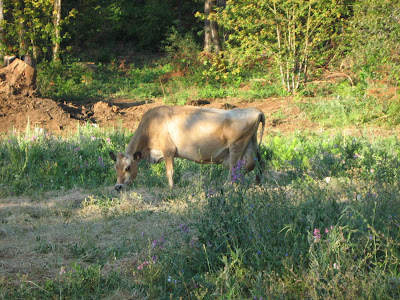 ...to the cats (here's Spot, the mighty huntress and drier-of-ankles): 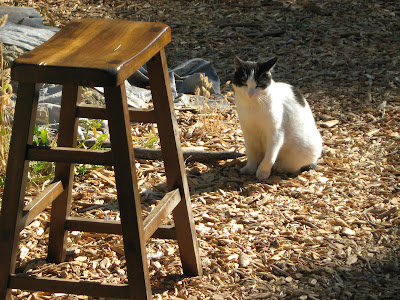 ...to the... okay, chickens aren't exactly sweet, but these Buff Orpingtons sure have a lot of personality: 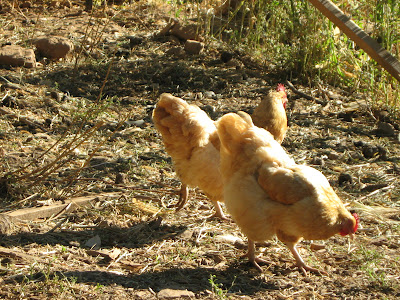 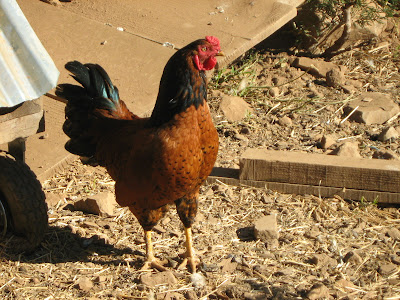 Yeah, buddy, we know. We know. But back to my point, which was how nice the animals here are.  Here's Cotter, a perfectly lovely mutt when he's not running away: 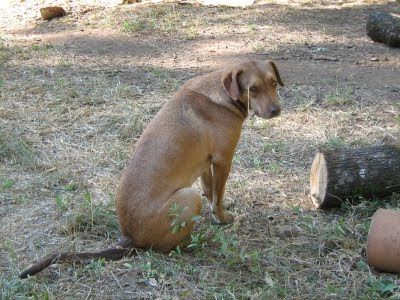 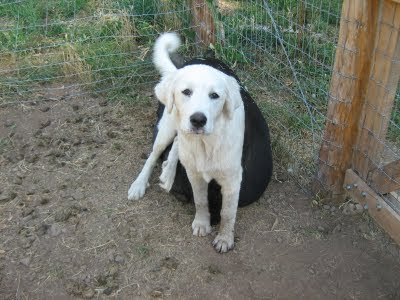 But what on earth is that big black beanbag she's sitting on (yes, sitting on, not just standing in front of)?  Oh, that's her best pal and archnemesis, Papa Pig. 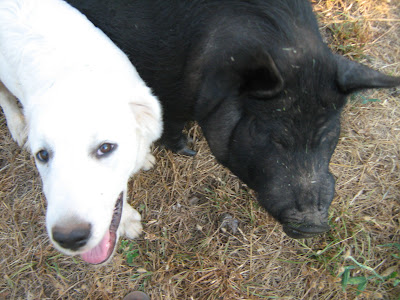 Nita competes with Papa Pig for everything -- she'll eat sour apples rather than let him have them -- but especially for attention.  She's kinda got the upper hand on the charisma front, but he is not entirely without charm.  Any time you come within ten yards of him, he begins grunting, just to let you know he's near and available for treat-giving, or scratches-behind-the-ears, or if you happen to want three-hundred-odd pounds of affectionate pigflesh leaning up against your legs, or anything like that. 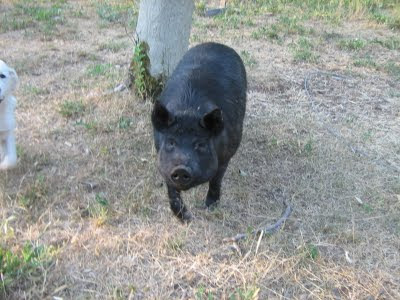 Pigs aren't supposed to be this gentle and friendly, I'm told.  Pigs are typically kinda mean.  But when he got hold of a half-full ice cream churn the other day, I dragged it away from him and he didn't even do anything but yell a lot.  (To be fair, I yelled a lot too.)

Papa Pig is a hand-raised American Guinea Hog, a breed Wikipedia describes as "reasonably even-tempered."  Indeed.  His sweetheart, Mama Pig, is no less so.  Most mama pigs will tear your arm off if you so much as look cross-eyed at their little ones.  If you pick one up, this Mama Pig will just shriek until you leave them alone.  Look at that sweet face: 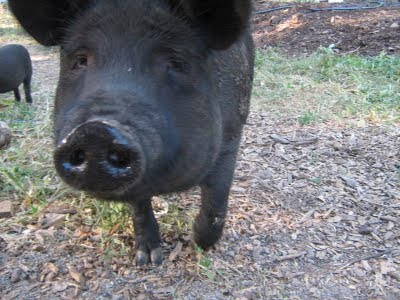 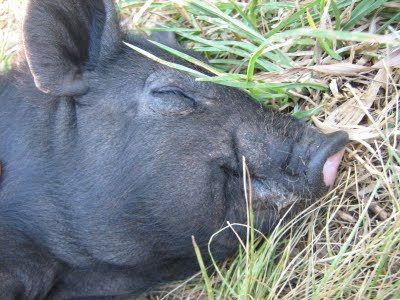 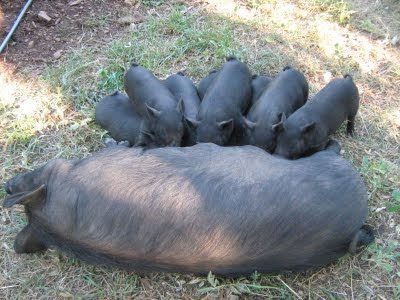 Don't they look orderly?  It's kind of a free-for-all until they get settled in, though.  There are 8 piglets here (originally 9; one didn't make it through early childhood), a pretty typical litter size for this breed.  What's not typical is that every single one of them is female. 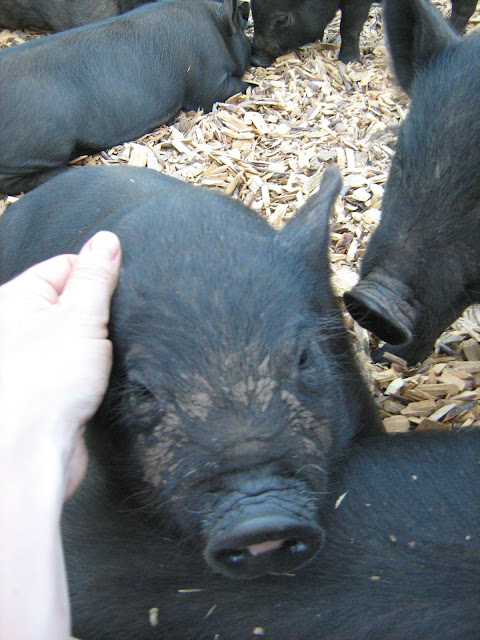 Scandalously filthy!  I love it.  But my favorite thing about pigs (besides, well, eating them, shhh) is that mosquitoes adore them.  I am the kind of person whom mosquitoes will seek out in a crowd, and out here I get bit a lot.  Not when I hang out with the pigs, though.  The mosquitoes bypass me and go straight for them.  That's definitely worth a few extra belly-rubs. 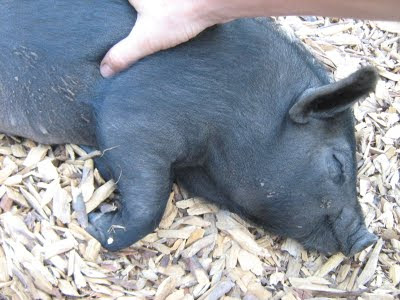