So much has happened.

In November 2015, the Handsome Communard and I loaded up my trusty 1990 Volvo (overloaded, the H.C. would say, but my favorite Volvo mechanics scoffed: "No, it's fine!"). We left the Grünewald Guild and the tiny town of Plain, Washington and headed south, beginning a road trip that took us through a brutal storm in the Columbia River Gorge, a delicious Thanksgiving with my family, and joyous, all-too-brief meetings with loved ones from Portland to LA, from Silver City to Nashville, and finally to northern Virginia, home of most of the Handsome Communard's immediate family. We spent a beautiful Christmas with his mother, a profoundly gracious host. All was merry and bright. 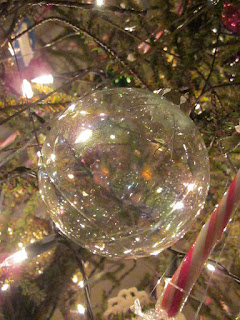 For me, our two weeks in her home felt, in quieter moments, like an intermission, a held breath. My time in one community had drawn to a close; my life in another community was about to begin. What would that feel like? What would it bring?

At year's end, we drove the two hours to Twin Oaks Community and settled into our new spaces on the rural commune, warmly welcomed by its members. Twin Oaks makes much of New Years, and we were just in time for the party.  For me the event announced the end of intermission, launching me into the next act with joyous cacophony. We greeted 2016 with about 60 friends, some of whose names I hadn't even learned yet. 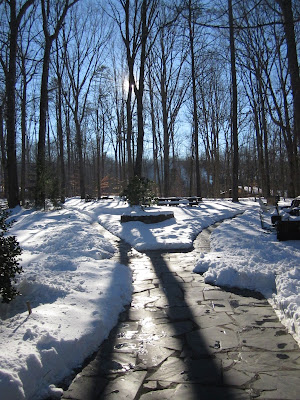 Late winter found me dismantling beautiful things: cutting up meat from freshly-butchered cows, splitting logs harvested by the Forestry team. In doing so, I found new appreciation for the forms of mammals and trees, in some ways so similar. Forks and tendons, knots and cartilage forced me to slow down and admire their functionality. In all such things, it is easier to cut with the grain.

Splitting wood can be like cracking open plastic Easter eggs. You never know what you'll find inside: a mass of sleepy ants, a sleek lizard with stripes that run yellow to blue, a fat white grub writhing slowly in unexpected space. More reliable, and perhaps even more satisfying, are the rich wafts of scent that escape from split green wood: pungent cedar, pale tulip tree, fruity red oak. Occasionally my splitting partner (usually the Handsome Communard) caught me with my nose to the log, inhaling the essence of tree.


Now the wood is stacked neatly in walls to season, stout fortifications against next winter's cold. The beef warms our bellies at at mealtime. Cows graze placidly in the fields; trees stand sentinel along the path. I am grateful to them both, as well as to the humans who end the lives of trees and cows on our behalf. 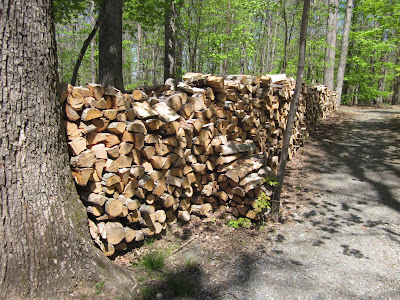 As spring drew near, I began work on the land where we grow organic seeds to sell. Seeding, planting, and weeding became a regular part of my schedule. I quickly learned that freshly cultivated soil is friendly to feet, and began dropping my shoes when I picked up the scuffle hoe. The pressure of bare earth on bare skin, of the earth supporting you without intervention, has a rightness to it that feels significant, even after you've stepped on a thorny weed. 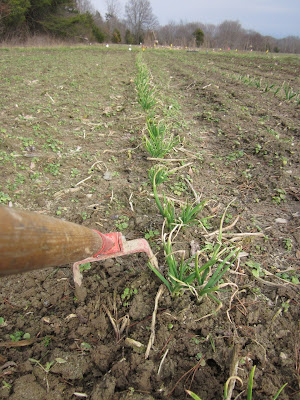 For one accustomed to coniferous forest, Virginia's deciduous woods in springtime are another revelation: shards of stained glass slowly converging into a glowing green vault. 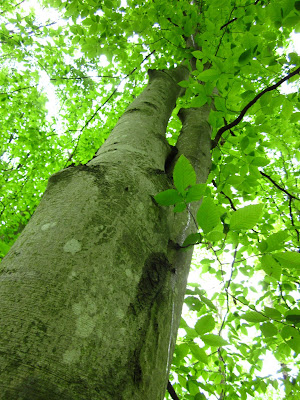 I happen upon such astonishments almost daily, here in this new exotic land of Virginia (ver-jin-yuh). All those childhood years I spent in Oregon, reading about strange creatures in Ranger Rick magazine (headquartered in Reston, VA!) and children's fiction from the East Coast, and now here they are: monarch butterflies, red foxes, copperheads, bobwhites. I've learned that those raised in the region may not share my delight over a tortoise with red markings, a pink and yellow moth, a long black snake sunning itself on the path; for them, it's purely ordinary. Still, I am continually in amazement. One night in early summer, walking a path I don't often take after dark, I was brought to a dead halt by the twinkling of fireflies in the trees ahead. I've seen fireflies on previous eastward travels (and aren't they something?), but here were so many that for a moment, I wondered if someone could have strung the entire wood with Christmas lights. 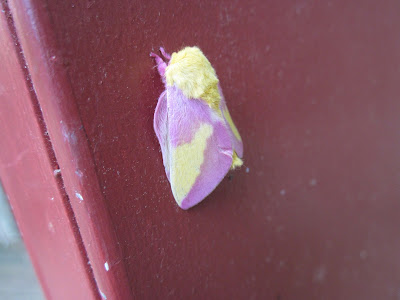 Life at Twin Oaks is varied, absorbing, demanding, rewarding. For better or worse, we live close to the seasons here, feeling the immediate effects of a short winter and a long, rainy spring in our garden crops, our work assignments, and our commutes by foot and bicycle to tasks around the farm.  My days are filled with weather, and people, and many forms of work and play.

Any given workday in my week may involve cutting tofu into one-pound chunks for sale, or meeting with the Tofu Management Team to support the tofu business. It may involve sitting at a desk, taking orders for hand-woven hammocks, or weaving the hammocks myself. Sometimes I even go to local crafts fairs with the Handsome Communard and sell hammocks to the masses in need of relaxation. I tend crops, I perform regular tests at our sewage treatment plant, I help our resident beekeeper look after two hives of bees. 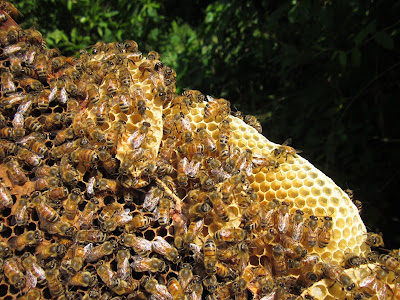 On Monday nights, I may sit in silence with friends for an hour and a half of reading or writing, followed by discussion that may last hours -- unless it's karaoke night, in which case I'm all in for karaoke. Other nights, I might watch recorded episodes of a BBC costume drama with my housemates, attend a discussion on feminism, or join in a Star Wars tabletop roleplaying game. On Wednesday afternoons, I like to catch a ride to town so I can sit in a library or coffeeshop for hours of pure, uninterrupted writing time. On Sundays, I may attend a house church, the nearest tiny worship service, and/or a meditation session. Later, I'll attend an aikido lesson, and meet up with a boardgame buddy for dinner and cards.

To put a finer point on it: it could be a long time before I get bored here.

Though I am, as ever, wary of long-term commitments, I have a debt of sorts to repay. The Handsome Communard spent the better part of two years working at the Grünewald Guild with me; I told him the least I could do was try Twin Oaks for two years and see how it goes. And beyond that, who knows? Who knows.

Now, at midsummer, I'm celebrating my first half-year at Twin Oaks, and the conclusion of my provisional membership period.  Today, July 4th, I was notified that the results of my six-month poll are in: the community has voted to accept me for full membership. (Whew.)

On Friday night, I went with three fellow communards to watch the fireworks over Lake Anna. But today, it's not independence I'm celebrating -- not here, where our success rides on our ability to cooperate and find common ground.

For me, this is Interdependence Day. 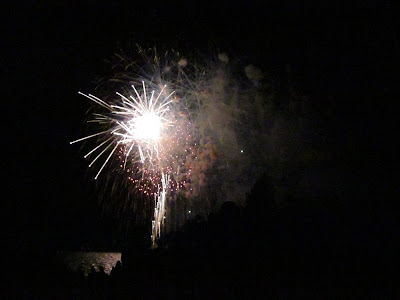