• The number of hours of labor that go into bringing you a bag of organic salad greens, an heirloom tomato, or a pint of pesticide-free strawberries is staggering. No matter how high the prices at your local farmer's market, your farmer is likely earning nowhere near minimum wage for his work. Small-scale organic farming is a labor of love.

• If you sleep in an old camper in a sheep pasture, you may occasionally get friendly calls from the neighbors. 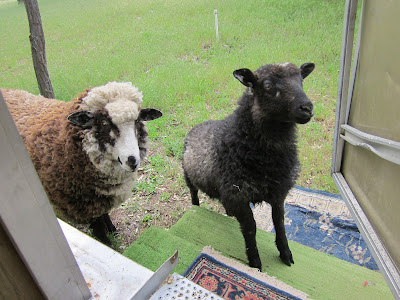 • On the other hand, if your camper is being devoured noisily by a pair of hand-raised Cashmere goats in the middle of the night, don't even waste your time going out and trying to chase them away. They will just watch you, amused and slightly puzzled, and then try to follow you into the camper. 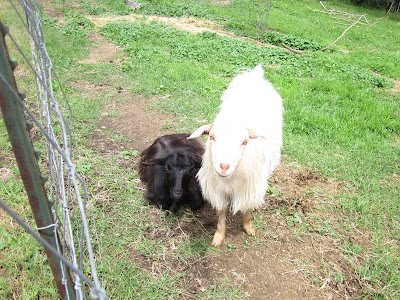 • If you're ever charged by a llama, you should indicate that you are not a threat by looking away, crouching down, and pretending to eat the grass or groom yourself or something. Note: no one ever actually manages to do this while being charged by a llama.

• You can avoid being charged by a llama by acting unassuming, slouching along, head down, like you got no beef with nobody. Like mountain gorillas and humans with a chip on their shoulder, llamas interpret a direct gaze as a challenge, so just look at them out of the corner of your eye. Making little noises at predictable intervals, so they can keep track of your location without looking at you, may also be helpful. Or maybe you're just looking for an excuse to make silly noises.

• If the llamas don't perceive you as a threat, and then they lose most of their sheep herd, they may decide they need to guard you instead. You may even find them sitting outside your camper door in the morning. Try to act casual, as though you walk within a few yards of a couple of attack llamas every morning, because... now you do. 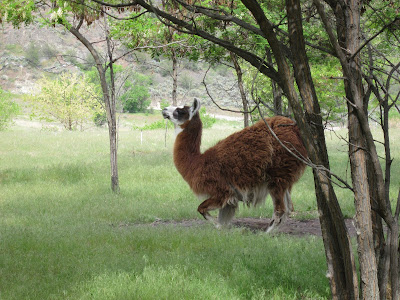 • Some weeds are pretty darn tasty, too.

• Weeding carrots is an incredibly painstaking task, because the weeds come up way before the carrots do. Still, if you're not in a rush, it can be oddly soothing.

• Even on an organic farm, plastic has its place. 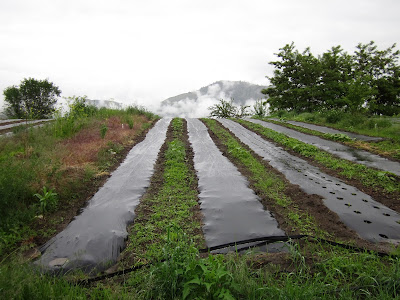 • If you are a farm intern and you get the chance to potluck and have jam sessions with interns from other farms, you should definitely do that as often as possible.

• There is a bird, possibly a Bullock's Oriole, possibly something else, which has different songs for every summer and probably for every location, and if you happen to be in the specific place and time that the bird's songs sound uncannily like two different riffs from the Blind Melon song "No Rain", then you might wake up a lot of mornings singing I just want so-omeone to say to me, whoa-oh-oh-ohh, I'll always be there when you way-yake. And the one time that you hear the No Rain bird singing those two riffs accompanied by another bird that is chirping exactly where the beat should be, you will wonder just what sort of alternate universe you have stumbled into.

• Families are the most complicated kind of community. 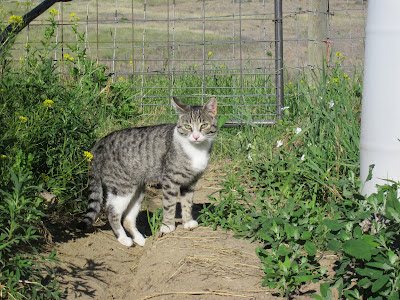 • Kittens of a certain age have absolutely no concept of staying out from underfoot. 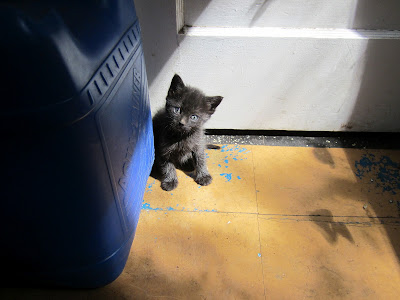 • You can scoff all you like at people getting mushy over cute baby animals, but when a duckling walks across the table and nestles itself into your hand with no prompting whatsoever, your cold, cold heart will melt into a puddle of goo. 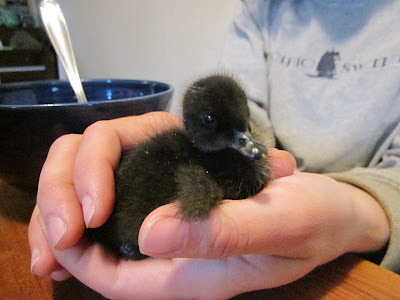 • If you're offered the chance to help out a milliner in her felting studio for a few days, you'd probably better jump on that, because it is just as cool as you're imagining. 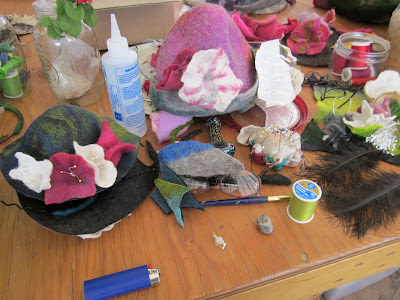 • When you can't shake the blues, a solo run over the mountains into Seattle for Folklife might be just what you need. Especially when you have friends there who will take you in and feed you steak and watch Star Wars with you, or who will wander all over Seattle Center with you and encourage you to talk their ears off and then go out of their way to give you a lift so you don't have to take the bus after dark. 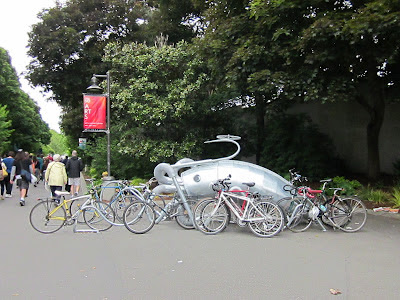 • If you get invited to some kind of weird hippie song festival, and you really like to sing, it is probably worth your time.  If Laurence Cole is there, it is definitely worth your time, because he will teach everyone sweet four-part harmonies. 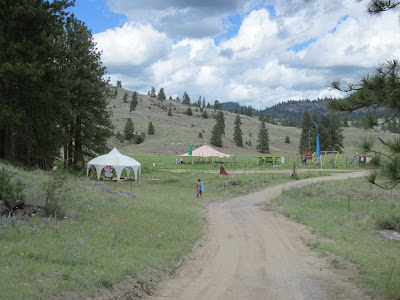 • Absolutely the most entertaining part of a small-town rodeo is the part where they let a bunch of chickens loose in the ring with a bunch of little kids, and the kids all run around trying to catch the chickens. Mayhem doesn't begin to describe it. 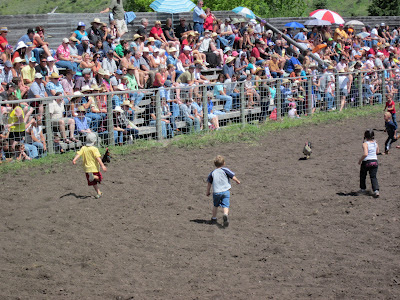 • If you must get a 4-wheel-drive vehicle stuck deep in the mud on a dead-end logging road in Canada while looking for an obscure campsite that you later will suspect doesn't actually exist, make sure you do so with a couple of calm, competent women who will not admit defeat, even when splattered with mud and swarmed by clouds of ravenous mosquitoes. Try to act like you're as cool and confident as they are, at least until you're safely back on the main road again.

• Also, if you're camping in Canada and you realize you didn't bring the proper materials to start a campfire on a damp evening (hint: even if you bring firewood, you won't get far without newspaper and an axe), Canadian campers will probably not only help you, but also refrain from laughing at you until they're out of earshot. 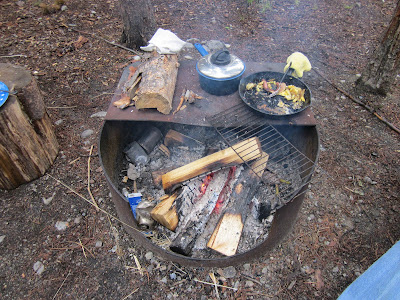